Posted by Randy Nissen/TECHS at 7:02 AM No comments: 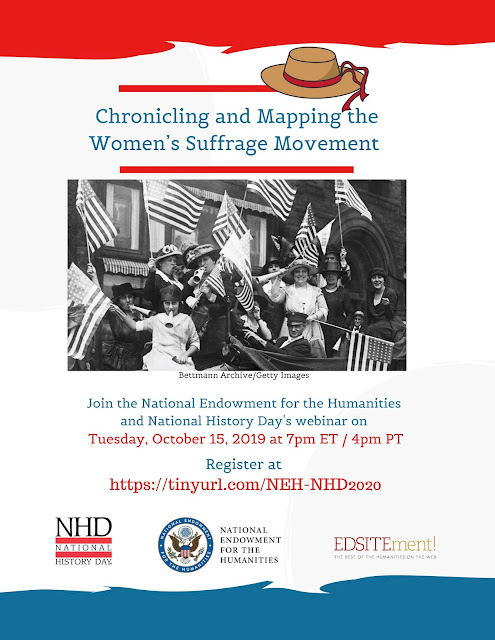 Posted by Randy Nissen/TECHS at 11:22 AM No comments:

Info here.
Posted by Randy Nissen/TECHS at 6:49 AM No comments:

Notice how it goes:
Small - Description
Medium - Summary
Large - Interpretation, evaluation and analysis.
The first two parts are all about the source. The last part is about your relationship with the source (was it reliable?, how it helped you answer your research question, what new questions were raised, etc.)

Bicentennial edition of a book by Professor James Ronda originally published in 1988.
(Notice this is really short and to the point).
This book examines the Lewis and Clark Expedition from the perspective of the numerous interactions with the Native Americans encountered on the two year exploration including the Nez Perce, the focus of my project.. The Corps of Discovery was the first encounter many indians had with the westward expansion of American settlers that would eventually claim most of their land. The author describes in detail, drawing heavily on the captains' journals and other primary sources, the many diplomatic, cultural and economic exchanges between the two groups. The importance of trade goods was emphasized.
(Just a summary. Don't tell everything you learned from the source).
This book really shed a lot of light on my research regarding the interactions between the Corps of Discovery and the various groups of indians encountered along the way. The author's list of sources is extensive. Dr. Ronda is a scholar with a lot of publications on this topic. One thing I really appreciated was that the author portrayed the indians as human beings and not as the cartoon character stereotypes I have found in other sources. I was curious as to how they could have encountered so many different tribes with almost no violence. I learned that the captains were very skillful in negotiating with the indian leaders and that the role of gift-giving was important.  Another point the author made and supported was the major role that Sacagawea played in negotiations with her people, the Lemhi Shoshone. I also learned how William Clark's "personal servant" York (actually a slave) fascinated the indians who had never seen a black man before (and also how the native women had a special interest in him!). I also have a much clearer picture of how the captains negotiated peacefully with the Nez Perce who helped the expedition traverse the Bitterroot Mountains. Some new avenues of research I'd like to pursue are the following: What happened to York after the expedition? Did the diplomacy practiced by the captains lead to long-term agreements with the indians? Did the western trade goods have long-lasting effects on the indians economy or culture? I would also like to know if there are any stories in the oral tradition of the Nez Perce regarding the encounter with the Corps of Discovery.
(Not just more summary).
Posted by Randy Nissen/TECHS at 2:39 PM No comments:

The MLA mothership is a great reference (sign up for their email list at the bottom of the page).

If you read this you should understand what NoodleTools does a little better.

MLA citations are based on this model: 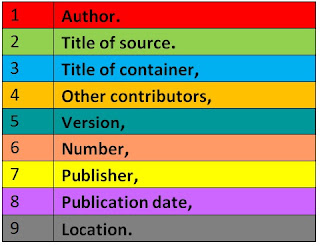 NoodleTools helps put everything in the right format. 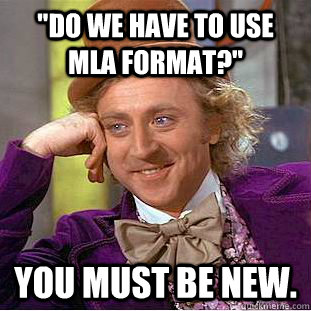 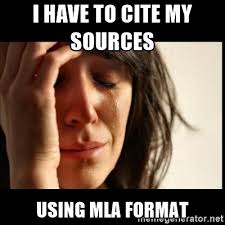 Posted by Randy Nissen/TECHS at 10:55 AM No comments:

Newspapers can be great resources for your project.

Here are a few resources.

The New York Times is an important newspaper. It is sometimes called "the newspaper of record" or "the gray lady". All newspapers have a bias; the NYT is usually considered center-left. If you find a NYT article that you want you may hit a paywall (i.e., you have to pay for the article); if this happens send me the info and I can retrieve it for you through my NYT account. 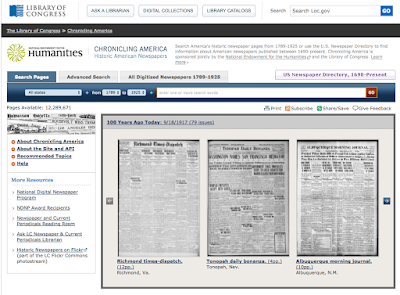 Chronicling America is a project created by the Library of Congress that has digitized many US newspapers from 1789-1925. The search engine is powerful.

Posted by Randy Nissen/TECHS at 4:56 AM No comments:

The Ohio History Connection (previously the Ohio Historical Society) is a great resource, especially for topics related in some way to our state.

The Ohio Memory search engine is powerful. For example, one of your classmates is doing the Toledo War of 1835, so I did a quick search. 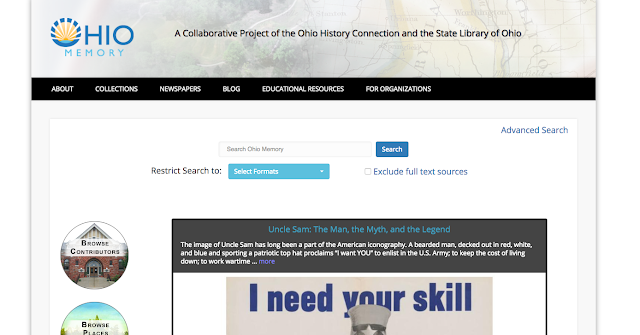 One quick search yielded a cornucopia of primary sources. 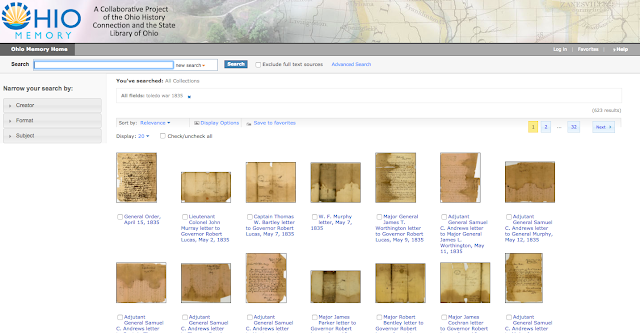 Posted by Randy Nissen/TECHS at 12:12 PM No comments: